It’s no fluke that Canada has become one of the world’s leading hubs of activity for artificial intelligence companies, ranking 4th out of 62 countries for its AI ecosystem. Canada’s federal and provincial governments have invested mightily in the Canadian AI ecosystem and its future. The Canadian government’s Pan-Canadian Artificial Intelligence Strategy, the world’s first national AI strategy, spent CA$125 million accelerating Canada’s AI advancements and recruiting world-class research talent. 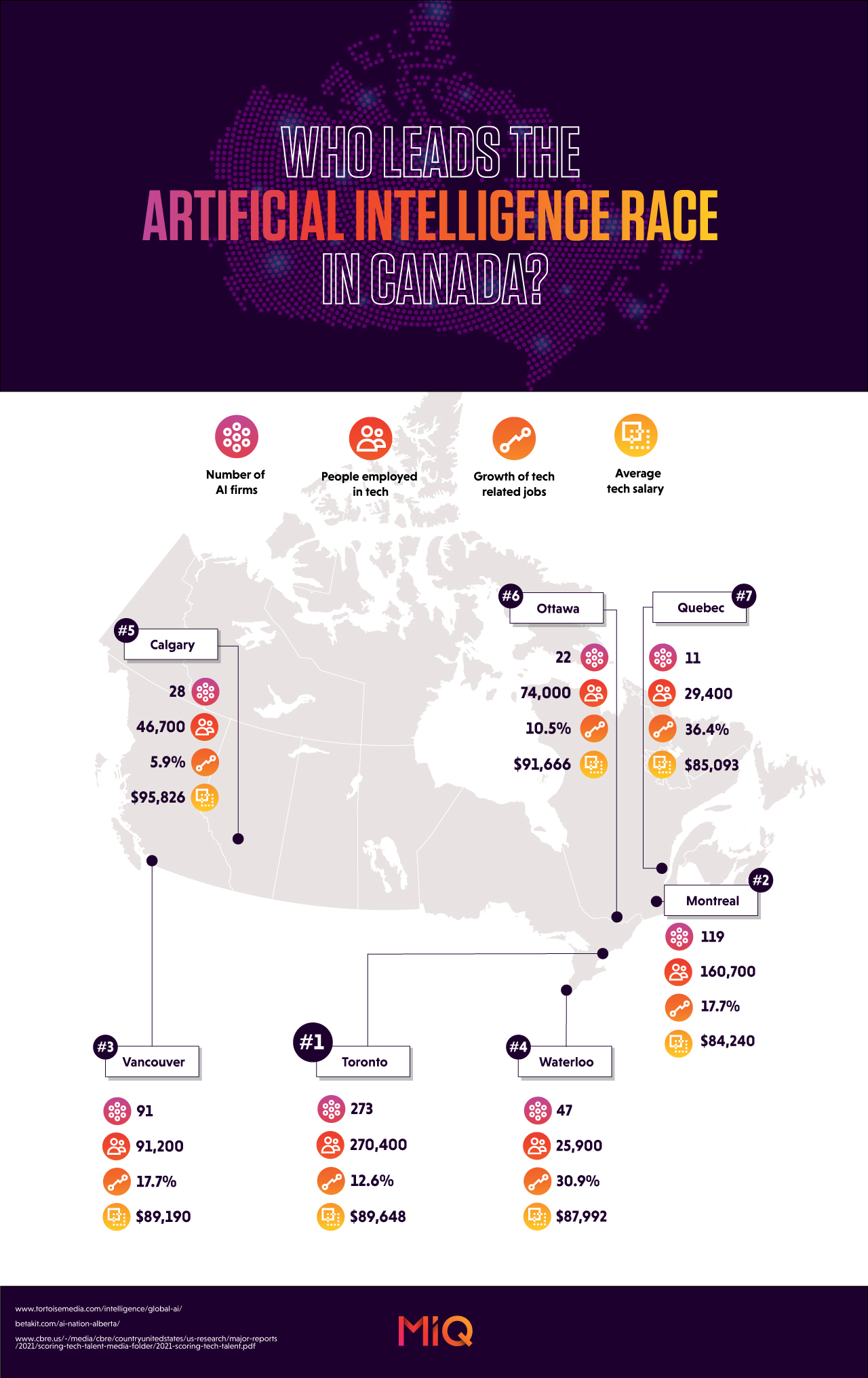 One to watch: Given its tech talent, deep roots in machine learning, and talk of an Edmonton-Calgary tech corridor, Alberta may be positioned to become a global AI force in the next few years.

Which Industries are optimizing AI?

AI is gaining traction in industries countrywide, including fintech, advanced manufacturing, biotechnology, agri-tech, sports, and automotive fields. It’s also making inroads in healthcare, from predicting bottlenecks in hospital emergency rooms to applications in development in prevention, treatment and rehabilitation, that will allow for more rapid diagnoses and reduced costs.

AI tools like chatbots and intelligent tutors are reshaping higher education. And AI is changing the Canadian retail landscape, from revolutionizing the management of supply chains to equipping more brick-and-mortar stores in a post-pandemic world with robots that kill bacteria with ultra-violet light.